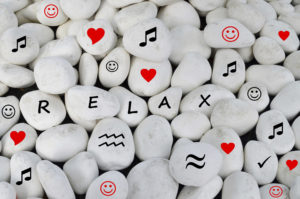 Introduction
This article intends to provide some insight into musical expectancy and how we, at The British Academy of Sound Therapy (BAST), use it to help improve health and well-being. I will also give some tips as to how to bring sound and music into your life to help improve your mood-state.  Despite our upbringing, environment or culture most of us have similar emotional responses to certain events. These predictable responses have been used by story-tellers and playwrights for thousands of years (and more recently by movie makers). For example we see someone fall in love and our hearts expand; we see someone die and we feel sad; someone gets a pie in the face and we laugh.

In music there are certain ‘musical formulas’ that are used to encourage us to feel different emotions. The famous shower scene in the movie ‘Psycho’ would not be the same accompanied by Bob Marley singing ‘Buffalo Soldier’ but the screeching sound of violins fits perfectly (try turning the sound down and see if you feel less emotionally moved).

What is musical expectancy?
One of the most basic qualities of sound and music is its ability to move us emotionally. According to Meyer (1950), in Huron (2006) ‘the principal emotional content of music arises through the composer’s choreographing of expectation’ p.2.  When we are moved by music, a whole host of physiological and psychological changes occur. We are also evoking memories and exploring our own emotional landscape which can be very therapeutic (I’ll explore this later).  One of the most common reactions that many of us have when listening to music is known as ‘frisson’. Frisson is experienced as ‘chills’ or ‘goose bumps’ – if you have ever felt the hairs on your arms stand up when you hear a track you love come on the radio you have just experienced frisson. The chills usually indicate that you have given yourself a shot of dopamine, a hormone associated with pleasure and reward.

How does it work?
Pathways in the brain have evolved to enable us to expect or anticipate what may or may not happen, and run scenarios that have enabled us to survive by preparing to fight or run, to mate and form social groups.  Research has shown that expectancy (to both musical and non-musical events) elicits very similar physiological and psychological changes. The physiological changes happen because the system is preparing itself for what may come so your heart rate increases, pupils dilate, you may experience goose-bumps and chills, rapid breathing (or even holding of the breath); any distracting thoughts disappear, your muscles tense and you may also perspire. Adrenaline and cortisol may be released into the system if the anticipation is fear-based. Although the physiological changes are very similar for both fear and excitement, with positive feelings there is a release of endogenous opioids such as endorphins (a neuro-chemical) as well as dopamine. (Goldstein, 1980). Blood and Zatorre (2001) also recorded increased blood flow in the brain (observed during PET scans) that are characteristic of euphoric or pleasurable experiences when listening to music.

The psychological changes that occur depend on the type of instruments used, the combinations of sounds and the technique. In the ‘Psycho’ example I referred to earlier, violins and strings were used in a staccato, screeching manner. The violin is powerful because it can sound like the human voice, in this piece the screeching violins reflect primal screams of fear. The tension between notes (known as ‘intervals’) can also be used. In ‘Jaws’ the music used to indicate the shark approaching included an interval known as a minor second, creating a close and tense relationship (I will write more about the psychological effect of musical intervals in another article).  There are other factors that make the Jaws music so effective such as the increase in volume and number of instruments used. So as we have discovered, musical expectancy has a profound effect on mind, body and emotions – but why is this important to a sound therapist and how can we create this effect?

Why is musical expectancy important to a sound therapist?
There is evidence to show that positive state of mind has a huge impact on our overall health and well-being and contributes to not only management of symptoms but also to a quicker recovery (Lamers. et al. 2012). In the BAST method of sound therapy we work with a client’s belief about their symptoms rather than just with the symptom alone. We also work with the ‘stuff’ of life, such as bereavement, relationship, career and family problems – basically anything that a person considers is preventing them from living a life full of flow, potential and positivity.

Once the therapist has spoken to a client about their symptoms and/or situation, they will create a musical ‘score’ to suit the client’s individual needs. They will then use specific techniques to help a person to achieve a deeply relaxed state, known as an Altered State of Consciousness (ASC). There are many health benefits to being in an ASC. As well as aiming to induce an ASC, the therapist will use musical expectancy in different ways such as to stretch a person who has little flexibility; to create feelings of joy, to reflect sadness or longing, to thrill and excite.

How is it applied in sound therapy?
An experienced sound therapist will know which instruments and techniques to use for certain symptoms/situations as well as how to play to create different emotional spaces. A change of loudness, broadening of the frequency range, an increase of the number of instruments used and/or a change of properties such as texture, melody and a minor key can all enhance expectancy and can create frisson. If a client has a lack of flexibility in their body the therapist will use sounds that encourage flexibility – so if they are using a gong, for example, they will spend some time during the treatment playing slow undulating rhythmic which gently increases in volume and intensity.  If a person has a low mood state and wants more energy this ‘stretching’ effect can be extended until the gong sound reaches the ‘fire’ – a point where the sound becomes delicious and exciting. If using the crystal bowls, a therapist may move from a minor second to a perfect 5th, tightening and loosening the sonic tension.  In this clip I am playing an F3 and a C4 – creating a Perfect 5th (which is uplifting) and then I bring an E in to create the minor second (which you may hear as beating) and back to the C to release the tension.  This sonic ‘petrissage’ works really well, but needs to be used with care, skill and sensitivity.

Percussion can also create expectancy.  In a sound therapy session we use rainsticks and different textures of shaker that overlap and build in intensity at the end of the session. These instruments not only help a person to come back from an ASC into a more alert and awake state, but also end the treatment in an exciting, dramatic and pleasurable way. That said, a client may not always find all of the sounds pleasurable – sounds that we don’t like can be just as therapeutic than those we do (sometimes even more so). In our method, any resistance to a sound is explored using a reflective process known as ‘The ‘5Rs’ Method of Experiential Processing’ (Cooper, Sax). It is really common to find a link between the sound a person doesn’t like and something that is happening in their life (or has happened in the past). By working through this in a therapy session, the client is supported to release any resistance and embrace a more life-affirming and positive future.

How can I use musical expectancy in my daily life?
Choose any music that gives you goose bumps and create a mix of these on your iPod or Spotify to play when you are feeling down. Dance music – especially trance, has properties which create expectancy with rise and fall in pitch, volume and beat which helps with flexibility of mind and emotions – for physical flexibility dance around as well! If you need to inject some joy into your life find something that rises up and up with a beat of approximately 120bps as this will stimulate the system. A good piece that I use in my classes to illustrate musical expectancy is ‘Locked out of Heaven’ by Bruno Mars. Pay particular attention to the part from ‘and your sex takes me to paradise’ through the chorus to the next verse. You will hear a rise in pitch over the background which keeps going higher, there will be an increase in the number of instruments used and a stronger beat which builds and then drops off.

For bespoke treatment using musical expectancy why not come for a sound therapy treatment? Contact us to find a therapist in your area – make sure they use the BAST method of sound therapy as they will be trained in this method.  If you are moved to join a professional training course, or want to know more about our work, please contact us.