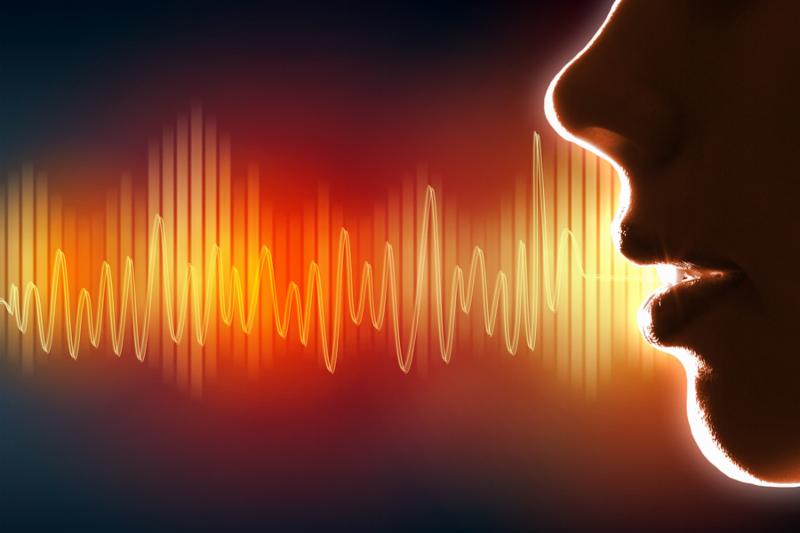 In this post I will be talking about the evolution of language and how, over millions of years, neural pathways have developed that enable sound and music to effect us profoundly. I also will discuss how and why I believe vowel sounds and so called ‘soft consonants’ have been used for healing for millennia. At the end of this article I will give a few tips for using the voice at home to improve your health and well-being.

The Dawn of Our Relationship with Sound
4.5 million years ago our ancestors would not have had complex language but would have made sounds similar to those that apes make today due to the shape of the skull, rib cage teeth and hyoid bone (which enables us to speak) not being developed enough. Early vocalisations would have probably been limited basic happy, angry or warning calls and possibly also mating calls. The Vervet monkey, for example, has different calls for ‘snake’, ‘leopard’ and ‘eagle’ and when they hear these calls, take the appropriate shelter. Although we don’t know for sure, it makes sense that early hominids would have done the same.

Remains of ancient tiny inner ear bones, called ‘ossicles’ have been found which tell us that our early ancestors were more sensitive to higher pitch sounds than we are today. Modern day humans are also sensitive to high pitches – especially in the 2,000 – 5,000 Hz band, which is around the same pitch as a cry of a baby, human scream or police siren. It is no accident that these sounds draw our attention and even send a shot of adrenaline through our systems.

Somewhere between 2.5 and 1.8 million years ago the brains of our early ancestors got bigger, their teeth got smaller and the hyoid bone changed shape which enabled a greater range of vocal sounds to be produced. At the same time early hominids began living in larger communities.

Early Language
Larger communities meant more competition for mates and therefore it is likely that our ancestors would have developed different sounds and vocal styles which would have made it easier to know who was calling – rather like an early form of name. It may have also been a way to show off and find a better mate. In the deer kingdom it is the male with the biggest bellow that gets the initial attention from the ladies, so perhaps it was the same for early humans! Gaining favour in the community would also have been necessary for survival. In his book ‘The Singing Neanderthals’, Steven Mithen states that it is likely that we also developed a form of vocal ‘grooming’ to show our appreciation for each other.

This early form of chatter would have been necessary for our well-being and for survival – being part of a large group made survival easier and so regular bonding was essential. Vocalising together is a bonding experience (anyone that sings in a choir or does any group voice therapy work will no doubt attest to that). To sum up, the primitive sounds we would have made would have brought us together improved our well-being and enabled us to find the best mates. How we use the voice for healing today is rooted in early language development. 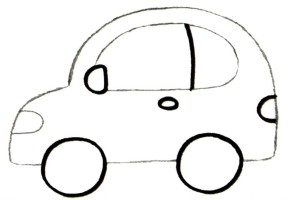 Which car is Mim and which is Mam?

Sound Synaesthesia
Let’s play a game – take a look at the above images – which car would you name Mim and which Mam? It is likely that you would have said that the small car was called Mim and the larger Mam. Before I explain why you may have named them in this way, I’ll ask you another question.

Take a look at the above shapes – which one is called ‘Bouba’ and the other ‘Kiki’? Usually people will say that the sharp sounding ‘Kiki’ belongs to the star and the soft sounding ‘Bouba’ belongs to the cloud shape – do you agree? The ‘Bouba Kiki Effect’ was first used by Gestalt psychologist Wolfgang Kohler in 1929 to illustrate that we often use language to represent how something looks or the sensation it gives us. It is thought that this type of association I will call ’language synaesthesia’, is how complex language evolved.

The way we perceive sound is more than just hearing – it is about sensation and the way it moves us physically. As with the above ‘Mim’ and ‘Mam’ example, it makes perfect sense for us to use a word comprising smaller sounds to represent a smaller object and a larger sound to represent a larger object. Minimum and maximum, minute (as in tiny) and massive, minute (as in time) and hour are all examples of size, time or space being represented by long and short sounding words.

Consonants and Vowels
Vowel sounds are produced by the mouth and throat not closing and usually it takes more time to make a vowel sound than a consonant – try it by saying ‘car’ and then ‘cat’ a few times. In contrast to the spaciousness of the vowels, consonants are the linguistic and energetic representation of contraction and shorter time frames in our language. I believe the expansive nature of the vowels is the reason why they have long been thought of as powerful and sacred sounds. When ‘sounded’ repeatedly they can alter consciousness (see my article on ASC for more information on the therapeutic benefits of altered states).

The way our brains cognitively process sound over millions of years’ of evolution explains how and why therapeutic sound has such a profound effect on mind, body and emotions today, and supports why we use certain sounds for healing. There are so many different ways we can use the voice for improving health and well-being – let’s have a quick look at a couple:

Toning
Toning is the use of sustained tones, usually vowel sounds and so called ‘soft’ consonants such as ‘h’, ‘y’ or ‘m’.  Whether you tone a long ‘AHH’ sound or chant ‘Yam’ – (which are sounds used to express the energy of the heart), after a few minutes will start to feel the relaxing, peaceful sensation of being in an ASC. Remember that pitch does make a difference (high pitches stimulate, low pitches relax), and so does placement in the body – try this exercise.

Internal Sonic Massage
Put your hand on your head and notice how it feels when you tone an ‘EEE’ and then an ‘AAH’ (use the same pitch for direct comparison) You will notice that there is more buzzing in your hand when you say ‘EEE’ than ‘AHH’. This is because the smaller shape that your mouth makes when you create an ‘EEE’ sound makes the sound resonate more in the head, than the ‘AHH’, which resonates in the chest. Now try ‘AHH’ and then an ‘ERR’ sound. It is likely that you will feel the ‘ERR’ sound resonate lower in your abdomen. This is because the larynx drops in order for your to produce an ‘ERR’ sound.

Now let’s experiment with pitch – high pitches are more stimulating and the low pitches more relaxing due to the way we cognitive process sound in the brain (I will touch more on this in my next post). So toning a high pitch ‘EEE’ is more stimulating than a low pitch. When using the voice therapeutically it is good to think about the following:

Experiment with the vowel sound and pitch that most resonates the part of the body you want to work on. When I feel pain in the body I find the vowel sound and pitch closest to where the pain is and tone that for several minutes. When I have an overly busy mind then I tone a low pitch ‘ERR’ sound to ‘ground’ myself and if I need mental clarity I use a higher pitched ‘EEE’ sound – a few minutes of this acts like ‘sonic caffeine’.

I hope you have enjoyed reading this post. If you want to take this work further then you can always join a workshop or professional course to enable you to work with the transformative nature of the voice – you can get more information here.
I will soon be launching a new voice online course for personal use – please email for more information.